Do You Know Belly Fat Linked To Type-2 Diabetes?

Being overweight and having excess belly fat is known to increase the risk of type 2 diabetes, but losing weight through eating a healthy diet and making positive lifestyle changes can reduce the risk.

This new research from the University of Oxford reveals that one gene in particular, KLF14, can be a factor in the increased risk of type 2 diabetes related to belly fat.

KLF14 was shown to modify how fat is stored, and in women a slightly different version of the gene meant the fat tended to be deposited on the hips rather than the abdomen, which conveys a lower risk of type 2 diabetes. Fewer overall fat cells were observed, but the fat cells were larger and contained a greater mass of fat.

The researchers demonstrated that these cells increased the risk of type 2 diabetes and showed that not all body fat is equal with excess fat stored in some parts of the body playing a more significant role.

Co-lead author Professor Mark McCarthy, from the University of Oxford, stated: “Here, we identify a key gene involved in women in determining whether excess fat is stored around the hips (where it tends to be free of metabolic consequences) or around the waist (where it is particularly likely to increase diabetes risk).
“Being overweight is known to increase the risk of type 2 diabetes, but this study shows that not all fat is equal: where any excess fat is stored in the body has a big impact on disease risk.”

The researchers are keen to carry out more research to focus on understanding further the role of KLF14.
Co-lead study author Dr Kerrin Small from King’s College London said: “These findings provide one of the most complete understandings of a piece of genetic data – we have studied the KLF14 gene to the point that we understand not only where and how it acts in the body but also who it acts in.”
The findings have been published in the journal Nature Genetics.

How is belly fat linked to diabetes?

However, Harvard Medical School’s most recent theory is that the fat closest to the organs releases metabolic products directly into the part of the body that carries blood straight to the liver. This means that these fat cells pour fatty acids into the liver, pancreas, heart and other organs – cells that are not engineered to store fat. This leads to organ dysfunction, causing improper control of insulin, blood sugar and cholesterol, which, in turn, can increase your risk of chronic disease.

Visceral fat increases the risk for type 2 diabetes in the following way: The more insulin is produced, the more glucose is taken up by the liver to store for future use. But if the liver is covered in fatty tissue, it can’t respond to the insulin quickly enough.

As a result, your blood sugar accumulates in the blood stream instead of being processed by the liver. This causes damage to organs all over your body.

Measure your waist to determine your risk

According to the World Health Organization, studies indicate that the measurement of waist circumference is a better indication of diabetes risk than body mass index – however, it can’t be used as the only tool.

Slim down your belly

Luckily, even the slightest efforts to lose weight and cut down the circumference of your belly can lower your risk for type 2 diabetes:

+Eat plenty of fibre and fruit and vegetables.
+Avoid or cut down on processed foods high in sodium, fat and sugar.
+Include lean protein in your diet.
+Avoid alcohol.
+Spot reduction (targeting belly fat with specific exercises for the abdomen) won’t get rid of belly fat, so it’s important to incorporate cardiovascular exercise (walking, running, cycling or swimming) into your routine, as this has been shown to get rid of belly fat.
+Lift weights – resistance training does wonders for the meta

Do You Know Belly Fat Linked To Type-2 Diabetes? 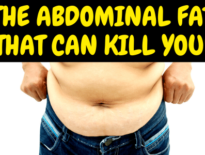 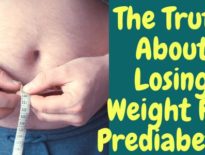 Diet Prediabetes and Obesity, the Truth About Losing We…
15